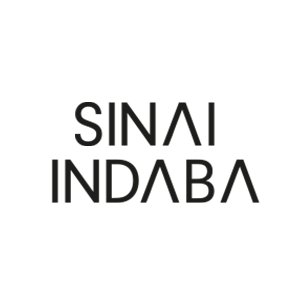 Known as one of the funniest and deepest speakers at Sinai Indaba to date, David Sacks is back. Beginning his comedy writing career as editor of Harvard’s satirical magazine, The Harvard Lampoon, Sacks went on to become a writer and producer on The Simpsons, one of the most acclaimed, well-loved and enduring television series of all time. After winning an Emmy Award for his work on the sitcom’s landmark fifth and sixth seasons, he began writing and producing for another TV cult classic, 3rd Rock from the Sun, for which he received a Golden Globe award. His other noteworthy credits include Malcolm in the Middle, The Tick, Regular Show on Cartoon Network, and Murphy Brown. Currently, he is executive producing Final Space, an animated space opera available on Netflix. An expert on new age spiritualism, combined with deep Kabbalistic/Chassidic ideas, Sacks produces a weekly podcast, Spiritual Tools for an Outrageous World, available on iTunes and Stitcher. He is co-founder of and senior lecturer at The Happy Minyan of Los Angeles. 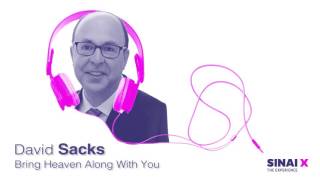 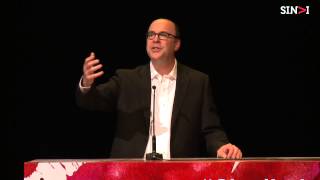